Time is not what it used to be.

Time, one might say, is the main protagonist in Virginia Woolf’s novel, The Waves, written in 1931 (but maybe “novel” is not even an apt term, for the ground-breaking piece of writing revises so many of the conventional premises on which the idea of a novel is still based). In passages interspersed between the voices of the book’s various characters, time interrupts the continuation of speech and thought and, quite simply, imposes itself — as time is wont to do. It is perhaps fitting, then, that artist Lorna Macintyre would not only make a reflection on time the centre of her body of new work based loosely on The Waves, but that she would have come to The Waves at all because temporal links of another sort led her there. For her first solo exhibition in Belgium, held in a former brewery that was built the same year that The Waves was written, Macintyre uses the fortuitous temporal connection between the writing of Woolf’s most experimental novel and the architectural origins of Wiels Contemporary Art Centre in order to weave an elusive narrative in space that centres on the passage from sunrise to sunset so present in The Waves. Woolf’s writing then “became a starting point,” the artist has said, a “way of building a connection to the history of the space” in which she was asked to exhibit. In fact, in Macintyre’s practice, time has often been a suggested undercurrent, but Granite and Rainbow, her new exhibition makes it all the more apparent that the most fleeting of life’s elements lies at the core of her recent preoccupations. Cyanotype prints grace each end of the exhibition space, testifying that subject matter and technique cannot be separated: to make each print (using this alternative photographic process), Macintyre treats paper with photosensitive chemicals and then places a negative on top of it and subjects both to the light of the sun or moon in order to fix the image on the page. Made by natural light rather than a photo lab’s artificial illumination, the resultant unique prints with a distinctive Prussian blue hue make the construction of form and the passage of time/changing light into one. Exhibited near them are hand-marbled pages of graph paper, each named for a different day of the week. These are inspired partly by a strand of imagery from The Waves, where the image of days as pieces of paper to be crumpled up and thrown away are repeatedly used in relation to one of the characters. Suspended above these in the exhibition space, a series of round hoops gilded with a fine layer of pure gold remind us of an alchemist’s translation of the sun into that most precious of metals. These hover in the space, arching above the exhibition’s central assembly of plinths on which are placed a series of found natural and mechanical objects, each in their own way embodying time, but not nostalgically or mournfully; rather, as the pendulum on one central plinth insists, these emphatically remind us that although time passes, we inescapably remain in a constantly renewed present.

Time is an ambiguous figure for Macintyre as for Woolf and, while central to both projects, it cannot alone explain the curious or elusive beauty of the constellation of objects that Macintyre constructs to allude to it. Macintyre’s exhibition title Granite and Rainbow offers its own clue. The obdurate solidity of granite and the fleeting, almost illusory status of the rainbow, two elements which repeatedly appear together in Woolf’s writings, speak to some of the opposing tensions within the artist’s larger practice: which is, on the one hand, composed of a formal and restrained vocabulary of materials while, at the same time, drawing on somewhat lofty literary or romantic ideas. In the process, Macintyre thus extends her interest in giving a concrete form to literary sources, which she often does through the construction of handmade assemblages of found objects or photographic recordings of quotidian moments that start from a textual or mythological starting point. Little in the result obviously or explicitly reveals her sources, which are transformed by chance, gesture, and interpretation (and her latest project is no exception as one might not otherwise see Woolf or The Waves in it if one were not told), but one could say that it is precisely in this process of translation that her elegant compositions in space using photography, sculpture, and display structures often find their own very particular way of telling us their own stories. 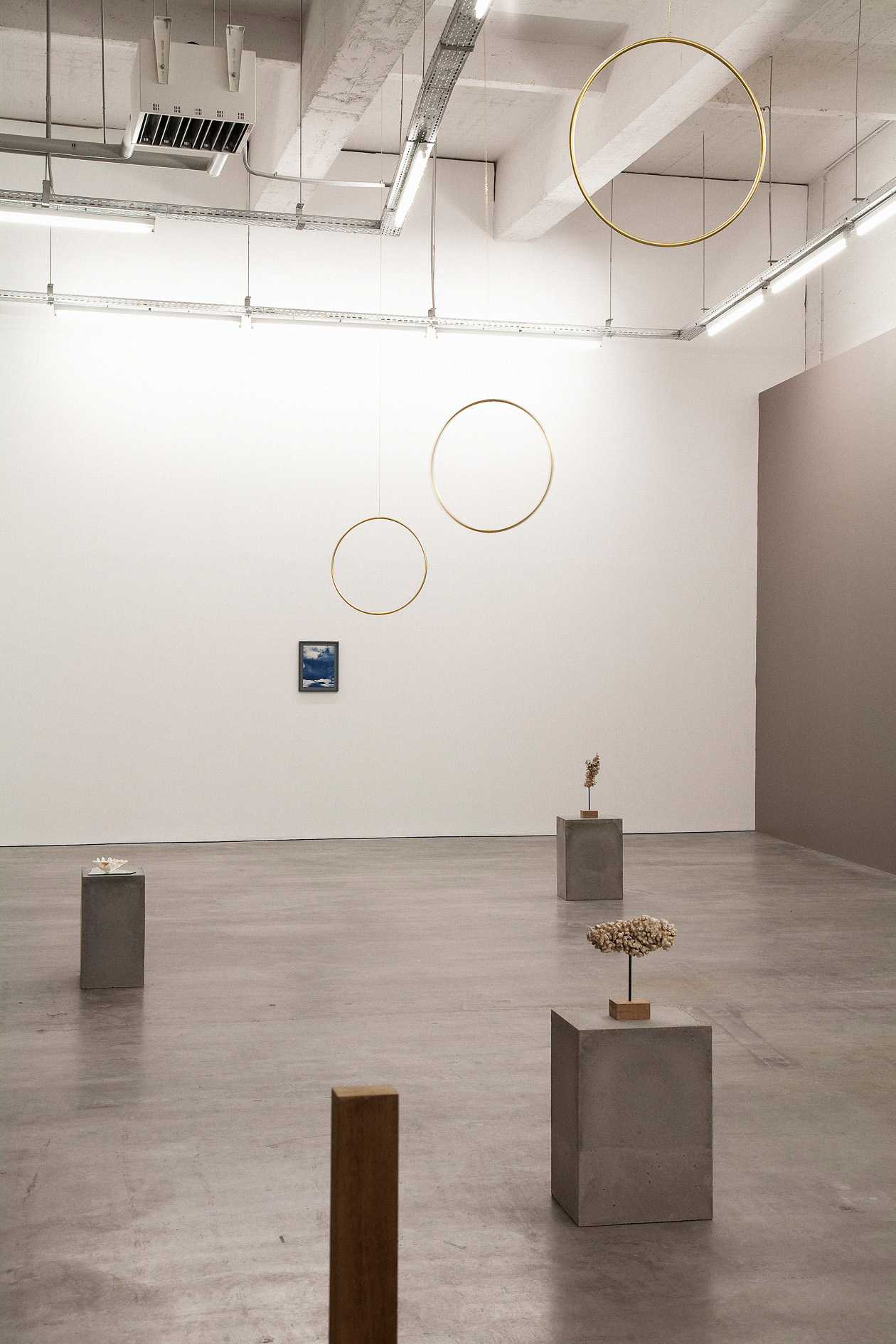 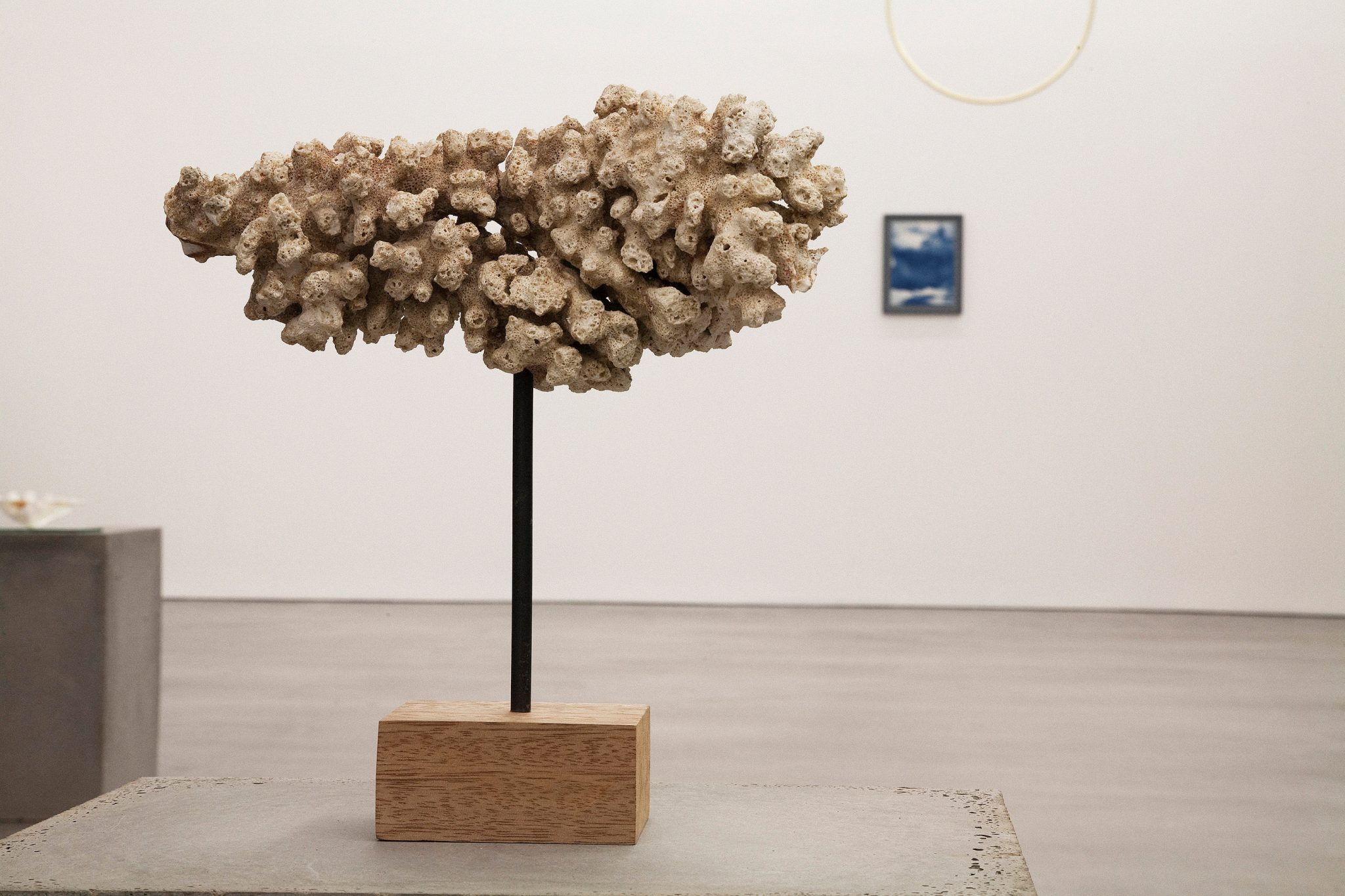 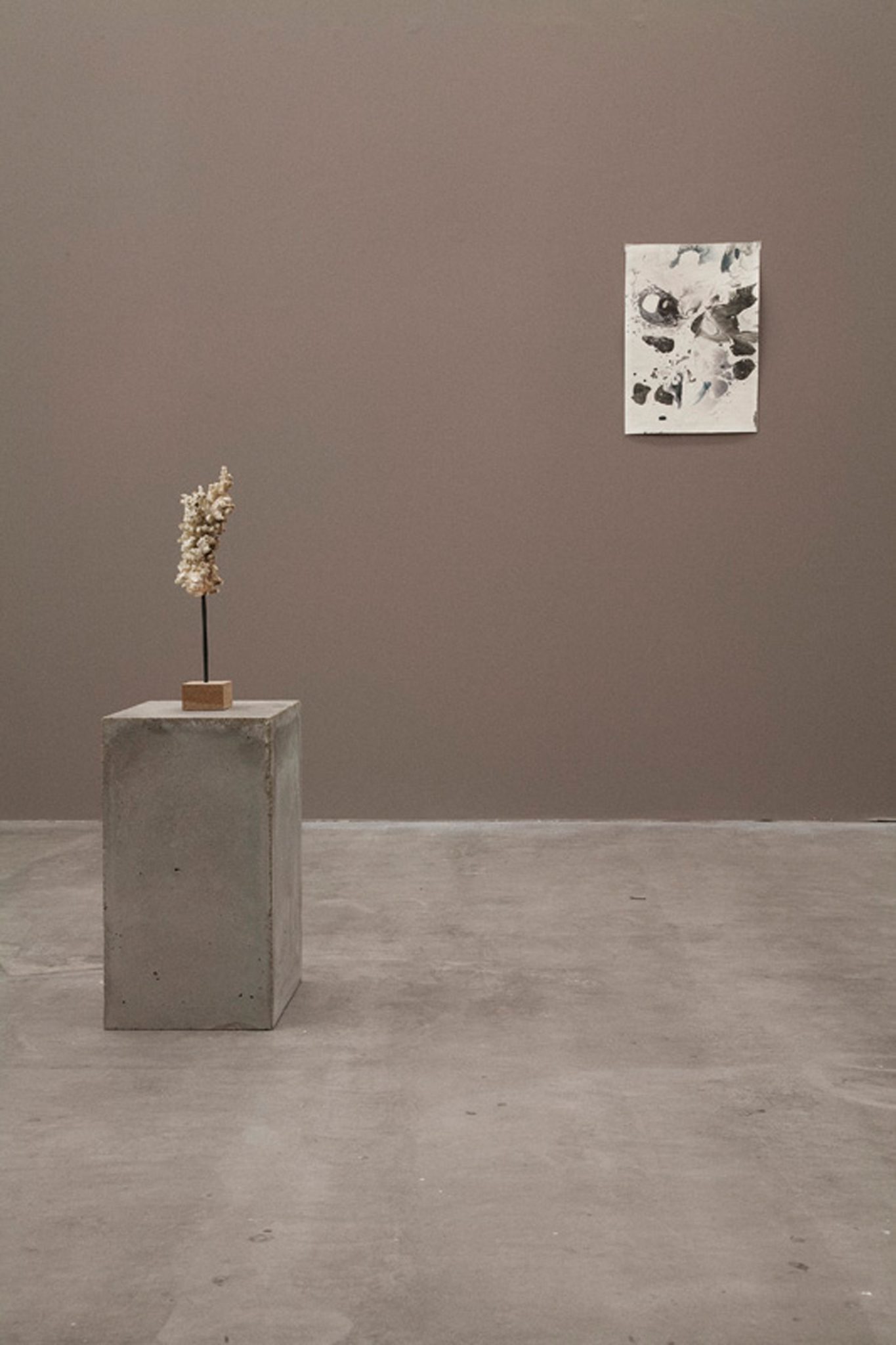 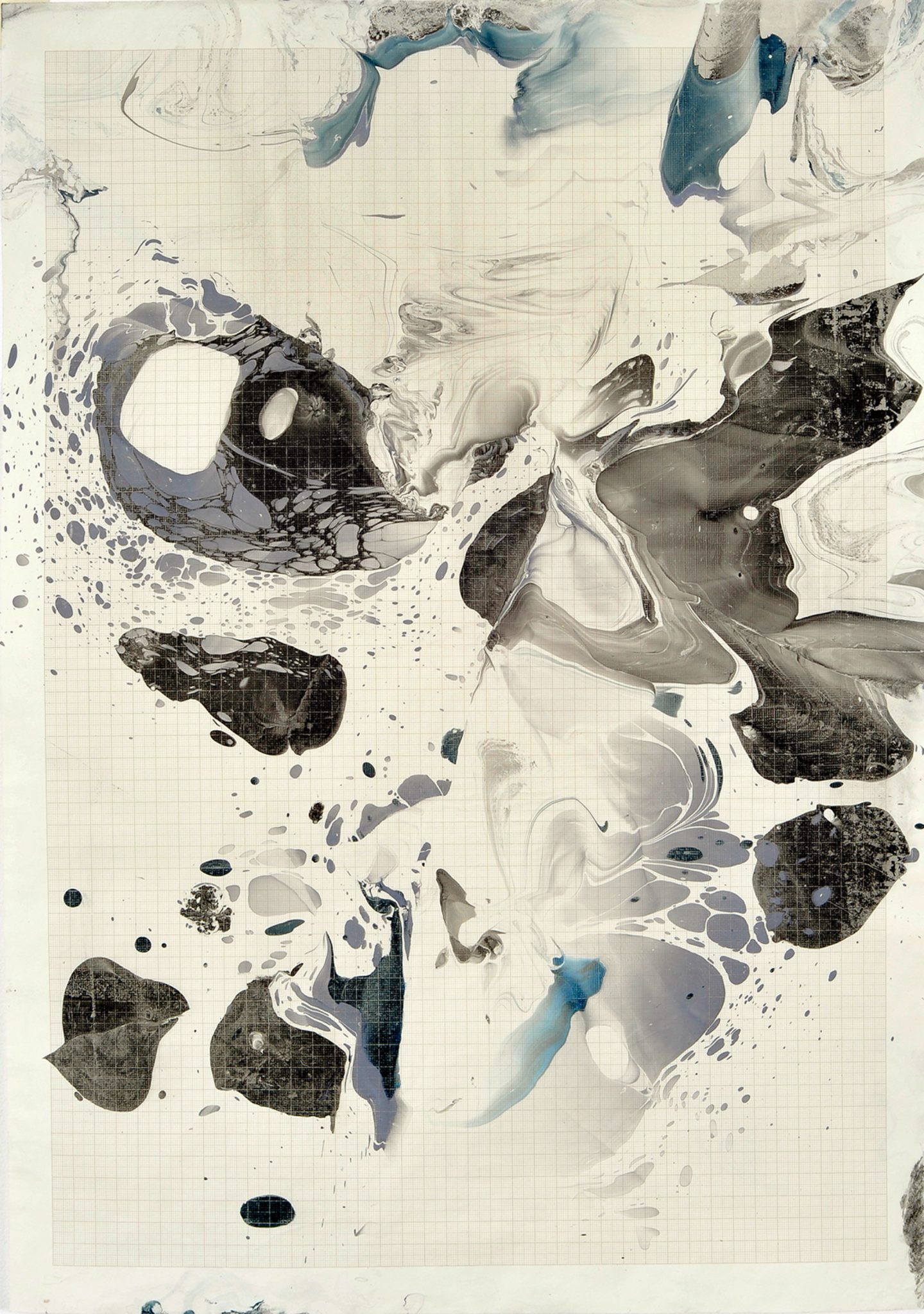 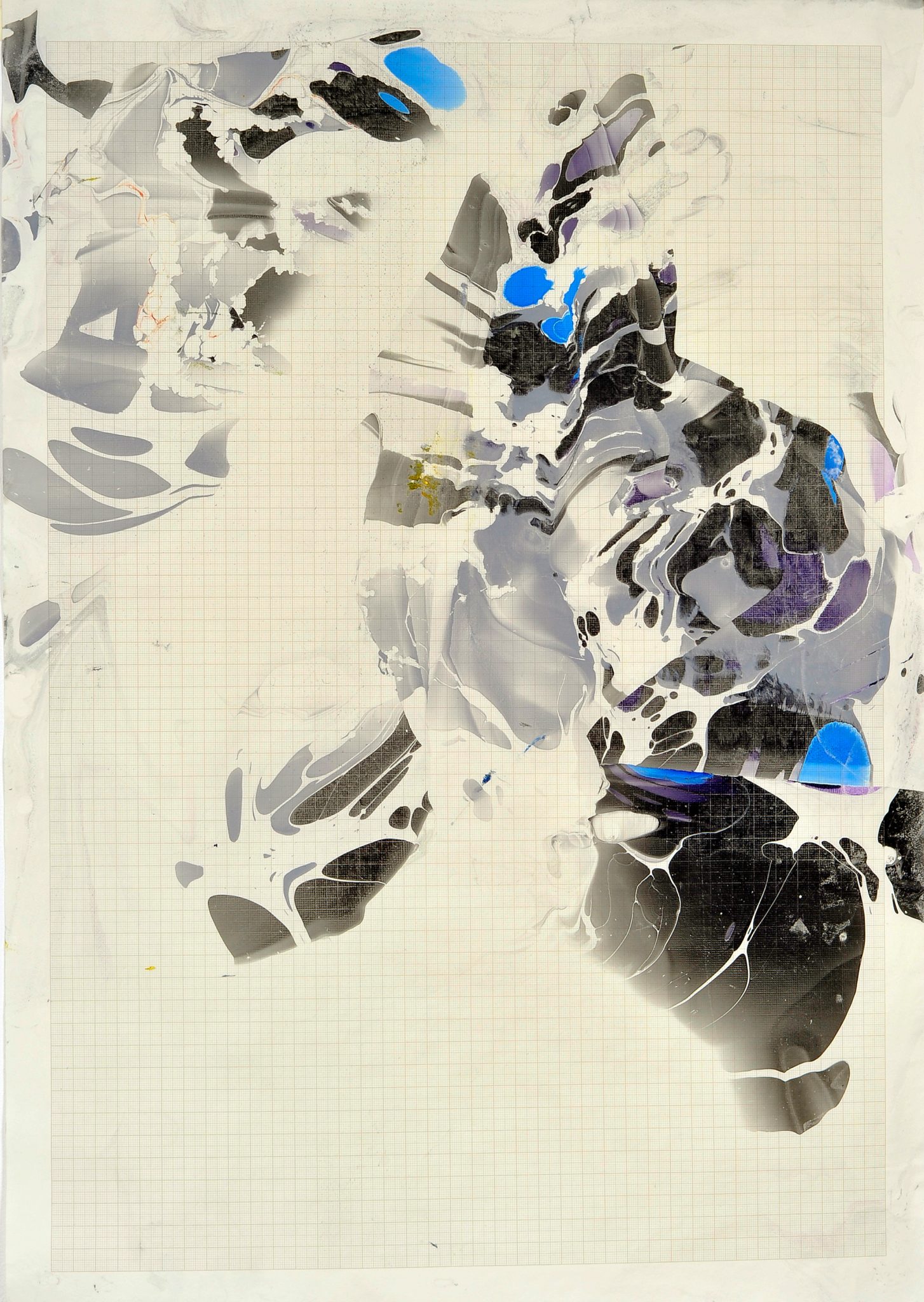 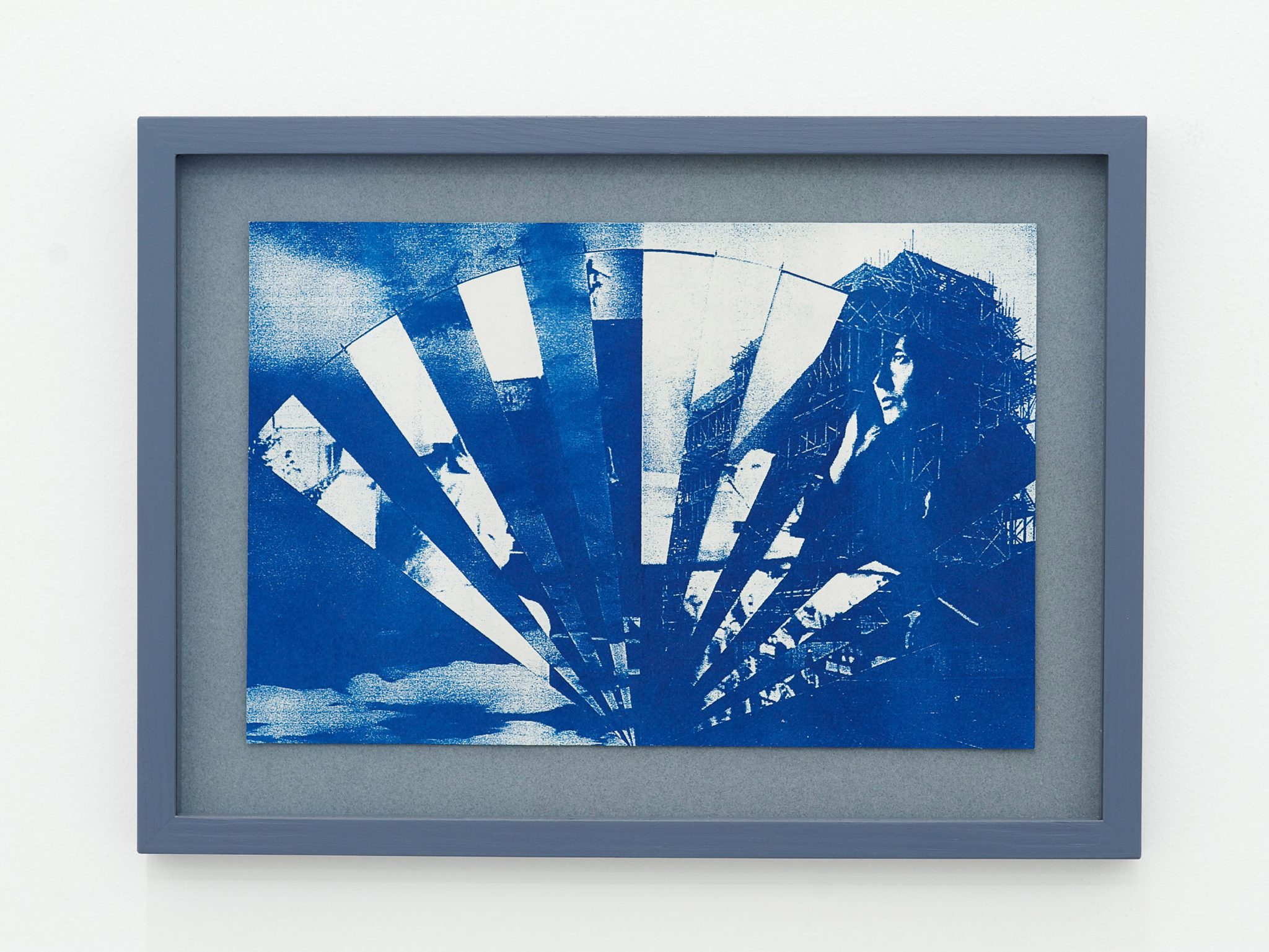